With telescopes offering peeks to the outer space by translating digital data into stunning images, our perception of the space and the cosmic phenomena exploding all around the universe has significantly transformed. From the birth of stars to the swallowing up of the astronomical bodies by the black hole, from discovering Saturn’s rings to spotting the fastest spinning magnetar ever discovered, we have come a long way. But apparently for the space scientists, just using their sense of sight to explore the space wasn’t enough. They wanted to find ways that could help indulge every sense into rediscovering space. Taking a step further by unveiling the new ‘data sonification’ project that transforms data from astronomical images into audio, NASA’s Chandra X-Ray Centre (CXC) can give you a glimpse of what some of the most thrilling cosmic phenomena in the universe might sound like when translated and played by Earthly instruments.

Data sonification points to the usage of sound values to epitomize real values. It is the auditory sort of data visualisation. Data sonification translates the data gathered by several NASA missions such as the Spitzer Space Telescope, Hubble Space Telescope, and Chandra X-ray Observatory into sounds. NASA’s Chandra (Sonification) project represents data using a number of musical notes. The various cosmic phenomena like the birth of a star, a cloud of dust, nebulas, or even a black hole can be ‘heard’ as a high or low-pitched sound.

Process of Images into Sound Translation

The distant telescopes of NASA in the space collect inherently digital data in the form of binary digits, i.e., ones and zeroes before they are converted into images. The images thus formed are visual representations of the combinations of light and radiation of different wavelengths in space, which is not visible to the human eye.

The Data Sonification project by Chandra X-Ray Centre has transformed into a celestial concert by converting the gathered data into sound. The pitch and volume are used to signify the brightness and the position of the cosmic phenomena or the celestial objects. Pitch is correlated to frequency of sound waves. Altering the number of vibrations per second changes the pitch. The volume or loudness depends on the strength, pressure, intensity or even the power of the sound. Vibrations are directly proportional to the loudness of the sound produced.

Till date, Project Chandra has released three examples, that of Bullet Cluster, Crab Nebula and Supernova 1987A.

The Bullet Cluster is actually the collision of two clusters of galaxies. The image of the Bullet Cluster (officially known as 1E 0657-56) was the first direct proof of dark matter, the mysterious unnoticed matter that constitutes the vast majority of substance in the Universe. Implementing the process of “Gravitational Lensing”, X-rays from the Chandra (in pink) and Hubble (in blue) with other ground-based telescopes depict where the hot gas in two merging galaxy clusters has been pulled away from dark matter.

In order to convert this data into sound, the data pan was shifted form left to right and each layer of the data was only restricted to a specific frequency range. The lowest frequencies characterise the data depicting the dark matter, while X-rays are allocated to the highest frequencies. The image depicting the galaxies discovered by the Hubble data, most of which are in the cluster, are in mid-range frequencies. Then, within each layer, the pitch is set to upsurge from the bottom of the image to the top so that objects to the top generate higher tones.

The Crab Nebula has been attracting the interest of various space enthusiasts since its first appearance in the Earth’s sky in 1054 A.D. Sophisticated telescopes have successfully captured its stable engine power-driven by a fast-spinning neutron star that formed when a massive star collapsed.

Jets of matter and anti-matter flowing away from the poles of magnetic fields are generated when rapid rotation is combined with strong magnetic fields and which also result in the winds moving outward from the equator. For the conversion of these data into sound, which also pans left to right, each wavelength of light has been balancing with a diverse family of instruments.

Infrared data from Spitzer (pink) can be heard in the woodwinds, X-rays from Chandra (blue and white) are brass and the optical light data from Hubble (purple) are strings. In every case, higher pitched notes are played by the lights received from the top of the image and the brighter light is played louder.

On February 24, 1987, spectators discovered a new object in the southern hemisphere as part of the Large Magellanic Cloud, a small satellite galaxy to the Milky Way. This was one of the brightest supernova explosions in discovered centuries and soon became prevalent as Supernova 1987A (SN 87A). The time lapse, taken between 1999 and 2013, depicts a series of Chandra (blue) and Hubble (orange and red).

The dense ring of gas which was ejected by the star before it underwent supernova, begins to glow brighter on the occasion of the supernova shockwave passing through. Putting the spotlight on the image, the data is translated into the sound of a crystal singing bowl, with higher and louder notes being heard as a result of brighter light falling on the triad. The optical data are transformed to a higher range of notes as compared to the X-ray data so both wavelengths of light can be heard concurrently. A collaborative version lets the user experiment the astronomical instrument by themselves.

The sonification project was led by the Chandra X-ray Centre in association with NASA’s Universe of Learning Program (UoL), with the aim to “incorporate NASA science content into the learning environment competently and proficiently for space enthusiasts of all ages”. Over the years, NASA has been working towards making data about space accessible for a larger audience with the sonification projects aimed to reach every community including visually-impaired societies and enables them to experience space through data. 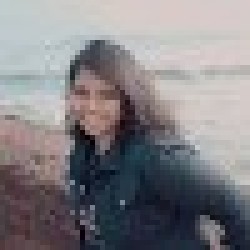