Enabling fast transportation into the inner – and outermost reaches of the solar system, Space Manifolds acts as the boundaries of dynamic channels. The unpredictable nature of comets and their eventual demise can also be explained by these manifolds, besides this, they are also an important element in spacecraft navigation and mission design. Jupiter is found to be linked to the strongest manifolds, spread in a wide range (earlier unthought of) of three-body energies, having a profound control over small bodies. Spread from the asteroid belt to Uranus and beyond, previously undetected, an international team of researchers including Natasa Todorovic of Belgrade Astronomica Observatory, Serbia, have revealed the ornamental structure of these manifolds connected in a series of chaotic arches. Transformed into collisional or escaping trajectories when encountered with Jupiter, the orbits of these manifolds can reach Neptune’s distance in a mere decade. Similar manifolds that permeate the Solar System, generated by all planets, allowing fast transport throughout, a true celestial superhighway.

The chaotic superhighway network was discovered by an international team of researchers including Nataša Todorović, Di Wu, and Aaron Rosengren from the Belgrade Astronomical Observatory in Serbia, the University of Arizona, and the University of California, San Diego. The speedy paths help comets and asteroids cover the distance of 100 astronomical units in less than a century. To break that down, a single astronomical unit is approx 150 million km, roughly the distance between the earth and the sun.

The team employed the fast Lyapunov indicator (FLI) a dynamical quantity used to detect chaos, to detect the presence and structure of these so-called space manifolds. In the solar system, the existence of these stable and unstable manifolds is found to be incapable of being disentangled with chaos. The mutual intersection of these intricate structures plays a crucial role in chaotic transportation. Consider PCR3BP (Planar Circular Restricted Three-Body Problem) that approximates the motion of celestial bodies, both natural and artificial, to best describe the general properties of the chaotic arches present in these manifolds.

Resonances that significantly affect the structure of phase space were traditionally located with the help of FLI.

Chaotic diffusion from orbital resonances, another far-reaching mode of transport, has been the focus of attention of astronomers in the past few decades. In the past, the influence of manifolds on celestial bodies was largely underappreciated in the field of astrophysical and celestial dynamics.
“Centaurs” (Cometary and Asteroidal Bodies), controlled by manifolds on “unprecedented time scales”, present in the orbital region between Jupiter and Neptune, with a lifetime of only a few million years, are dynamically unstable. The population of JFCs (Jupiter Family Comets) is also controlled by such manifolds using vastly different time scales ranging from 10 to the power of 9 down to 10 to the power of 4, years.

The majority of the chaotic architecture revealed in Fig 1, is due to Jupiter, having an orbital period of 12 years, a dominant perturber.

Researchers said in their paper, “We confirmed numerically that the distribution of these manifold structures is similar for all the giant planets, albeit on time scales commensurate with their respective orbital periods. On the top panel of Fig. 1, for instance, we notice the emergence of another sequence of arches, spanning from ∼8 to 18 AU, connected with Saturn.”

These dynamical maps were recently constructed over a time scale of 500 years, to understand the close-encounter dynamics of comet 67P/Churyumov-Gerasimenko, previously undepicted, these short-term structures, become lost in a chaotic sea.

Researchers further added in their paper, “ Additional studies (not presented here) show that the structures change in time but have a periodicity matching Jupiter’s period; accordingly, Jupiter, in its orbital path around the Sun, carries not only its equilibrium points but also the manifolds emanating from them.”

Researchers used the Mercurius package within REBOUND, to understand the dynamical connection of structures with manifold – and close-encounter dynamics, and their physical implications.

The manifolds reported by the researchers act over orbital time scales of several decades. Further studies of the discovered phase-space structures, could provide deeper insight into the transport between the two belts of minor bodies and the terrestrial planet region. Merging the traditional picture of the long-term chaotic diffusion through orbital resonances, with the current discovery (combining observations, theory, and simulation) will improve our current understanding of the mechanism acting on a trans-Neputanian object, Centaur, comet, and asteroid populations.

It is yet to be determined how these “chaotic arches” could be used by spacecraft for much speedier travel, it is also unclear how such manifolds behave in the vicinity of the Earth, or how they impact our planet’s encounter with asteroids and meteorites; or their impact on the growing population of artificial man-made objects in the space near us. 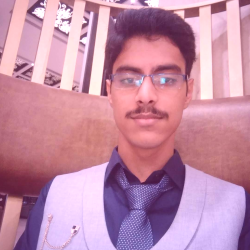